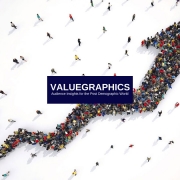 Shawn Smith from Broadcast Dialogue and Momentum Media Marketing knows a thing or two about the media. We sat down to talk about how leveraging what radio and TV stations know about demographics with some new understanding of audience values might just be the answer broadcasters are looking for.

One of the most effective ways for Valuegraphics to bust into various industry segments is by teaming up with legends like Shawn Smith. You see, Shawn is incredibly well-known and respected in the broadcast media industry. There’s hardly a radio station or TV network that he hasn’t visited, and very few executives in the broadcast vertical who don’t know his name. All of which means I don’t need to spend the next ten years trying to convince the broadcast industry that Valuegraphics is worthwhile, because they believe what Shawn has to say.

He started out as an on-air personality, which is apparent by how skillfully he directs the conversation in this video podcast. He keeps me from what I like to call ‘my quirky rambling’ – a tendency I have to keep talking about whichever squirrel darts across my line of sight in the tangled forest that is my mind. My video team is well aware of how hard it is to edit out a 30 second sound bite when I don’t take a breath for four or five minutes at a time. I need to work on this. This paragraph has become a perfect case in point.

Back on track here, Shawn asks me a lot of very smart and leading questions about how an over-reliance on demographics in a post-demographic world might not be the best strategy for broadcast radio and TV stations looking to grow and thrive. And it’s true. Imagine how tough it must be for a group of people at a radio station like WKRP in Cincinnati (cough cough ) to sit around and figure out how to program the station for 18-24 year olds, when 18-24 year olds don’t resemble each other anymore. On the business side of the broadcast industry, the advertising media buyers that are the revenue lifeblood of any broadcast enterprise are still calling up and asking for an 18-24 year old demographic, despite the widespread assumption that nobody really acts their age anymore.

Valuegraphics offers a solution. A Valuegraphics Profile for an audience layers on top of the demographics for any station, which means it’s easier to determine programming choices. It also means it’s easier for media buyers to see how the listeners they are chasing on behalf of a client are best influenced, and to bring that intelligence back to the folks who craft the campaigns that run on the air.

It’s ironic that this sector of the economy is responsible for telling so many breaking news stories, but is so traditionally constructed that it’s very tough to break the pattern of demographic expectations. But Shawn Smith is just the man for that job. We’re very proud that he represents Valuegraphics in this dynamic and thriving industry sector.

For anyone who makes a living on the strength of their creative ideas, Valuegraphics is a game changer.

Broadcast Dialogue – The #Podcast: Highlights from the Canadian Music &...